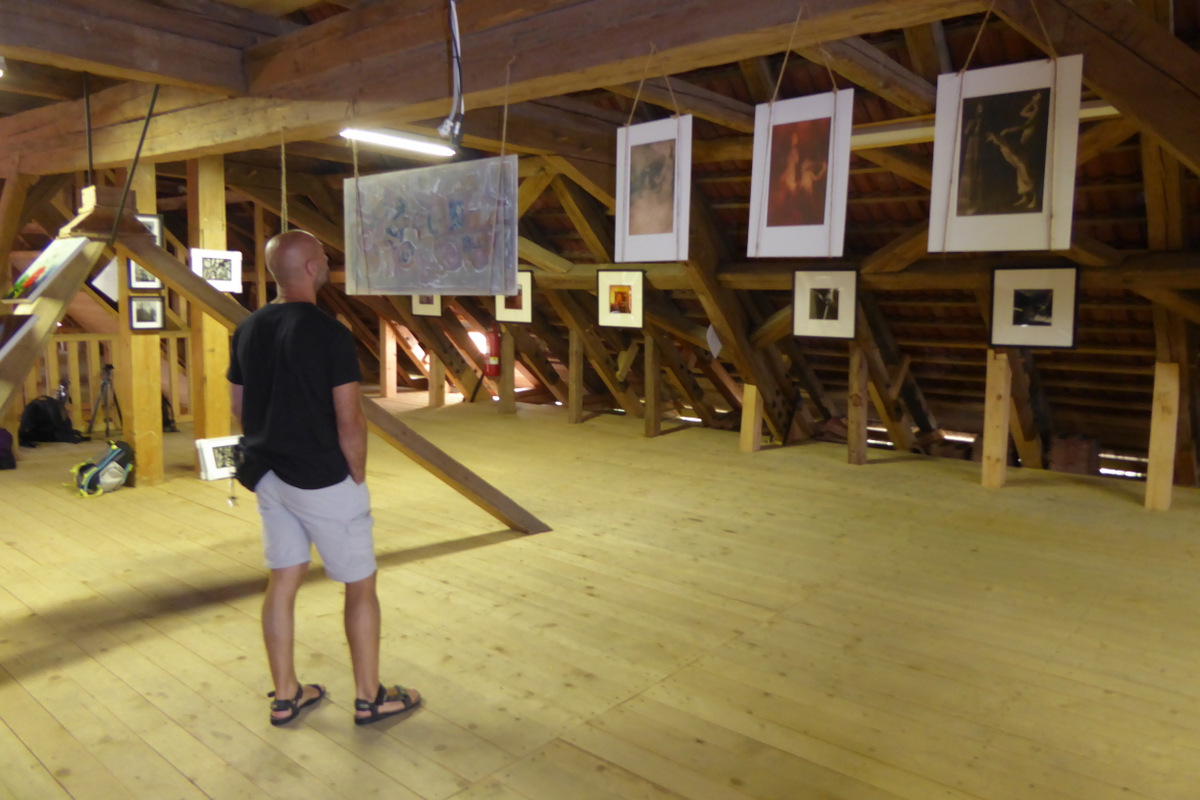 Full moon lit up the cloudless sky on a last evening of July and the old granary in Žirovnice was touched by many forms and shapes of Time.

The time that counts down seconds of our life on earth. The time whose sharp teeth can gnaw ancient stones. The time that transforms shiny pipelines into cracked arteries with its magic wand. The time under whose hands beautiful tea flowers come into bloom. The time which unites and divides generations. Righteous, ruthless and ungraspable Time.

The opening of the exhibition ‚Touches of Time‘ was attended by fifteen out of twenty exhibiting artists, who arrived from the Czech Republic, Slovakia and even distant parts of neighboring Poland. What a great opportunity to try out a joint trilingual installation! Under the influence of adrenaline and driven by the whip of Time we managed within just one morning to boost some life and energy into wooden beams of a sleepy granary attic. 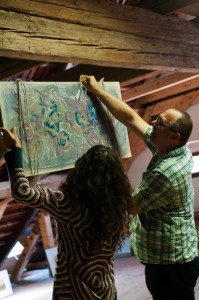 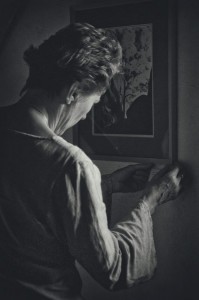 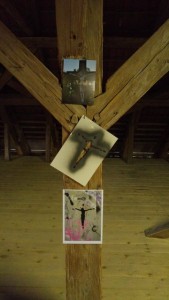 The last but not the least task was to install works from our interactive project called ‚Dialogy‘ (Dialogues). Everyone seized the challenge with enthusiasm and creativity and soon the premises were filled with floating cats or graffiti Jesus hung on a beam …

The actual opening was held in an intimate spirit and, as has already become a tradition, accompanied by the tones of the music band ‚Můj milý deníčku‘ (My dear diary). Visitors were talking with the authors, munching on home-made bread and other organic delights, looking at photographs and reading artist statements. The attic was filled with children laughing and people sharing admiring comments and constructive criticism. 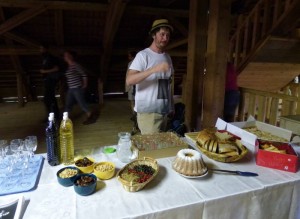 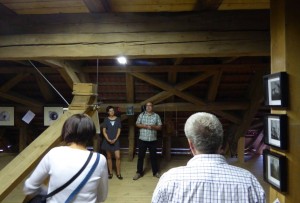 According to the Chinese calendar this year is supposed to be the year of harmony and new beginnings. In Žirovnice the academic world of Akademia Anima Mundi met with that of technical and experimental authors. Youth mingled with experience, tradition with rebellion, precision with intuition. New friendships and ideas were born. The authors conceived the task of capturing Touches of time very differently. Through both classic and alternative techniques, such as oil print and cyanotype on glass, they managed to create beautiful works of art, which you can admire at the unique premises of the castle granary in Žirovnice until the end of October. 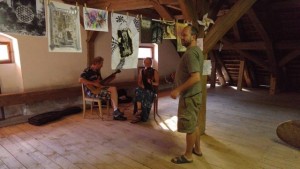 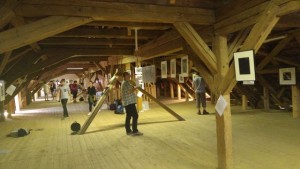 Thanks to all who contributed by photographs, time and positive energy. See you next year!

Exhibition Touches of time: 31 July – 31 October, attic of the granary of the Castle Žirovnice